The British Army deployed its first combat mission in southern Afghanistan in early 2006. The initial force, based around the 3rd battalion The Parachute Regiment, had been warned for a ‘robust’ peace support operation. Instead, they found themselves in a bloody ‘break in battle’ with the enemy. The plan was to deliver  ‘peace and stability’ to one area around the capital Lashkar Gah and Gereshk, which would create a so called ‘ink spot’  of security. This template would then be rolled out across the Province. But it was quickly as abandoned when the Brigade Commander was forced to deploy troops across  Helmand to protect Government buildings , known as District Centres -  the equivalent of local council buildings in the UK.

This new book tells the history of Britain’s war in Helmand. In a campaign that was lasted longer than both World War One and World War Two. In ten chapters  it aims to cover the key events of each year. Every Regiment and Corps across the British Army, the Royal Marines, the Royal Air Force and specialists from the Royal Navy who served in Helmand. UK Forces had first deployed troops to Afghanistan in 2001 joining the United States led Operation Enduring Freedom and the initial phase of supporting the advance of the Northern Alliance to seize Kabul from the Taliban. As Royal Marines joined the 10th Mountain Division in Bagram in the hunt for Osama Bin Laden, The Parachute Regiment and later the Royal Anglians arrived in Kabul taking on Nato’s peace and security mission in the capital under the umbrella of ISAF (International Security and Assistance Force).

Then in 2006 Prime Minister Tony Blair agreed to send troops into Helmand as ISAF extended its security and reconstruction programme into southern Afghanistan. Soldiers fought face-to-face with the enemy in some of the most bloody fighting since Korea and displayed bravery and valour that earned three men the Victoria Cross. There were hundreds of courageous acts as men and women fought on the frontline line for their mates and their Regiments. Senior officers resigned amid claims of poor equipment, a Nimrod crashed with the loss of all-onboard and some of the most advanced equipment, weapons and medical processes were developed.

In 2014 UK forces withdrew from southern Afghanistan, but troops remain at the British training initiative in Kabul where soldiers mentor and instruct the Afghan National Army Officers' Academy in what many hope will be Britain's lasting legacy of the intervention in Afghanistan. 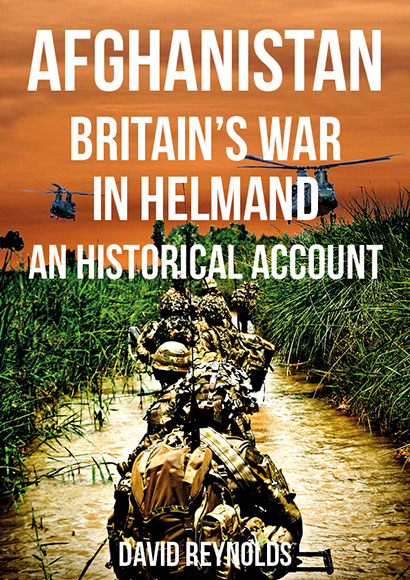